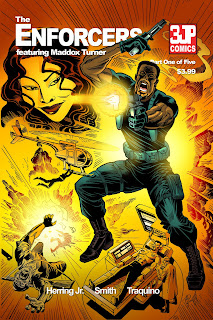 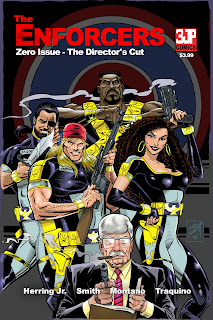 Three J Productions, LLC announces the release of its latest publication, The Enforcers Zero Issue - The Director's Cut which launches during the month of May and is an introduction to The Enforcers five part mini-series "Countdown To The Alliance" scheduled for a July release.

To celebrate the release of The Enforcers Zero Issue - The Director's Cut, which debuts at The ECBACC on May 15, in Philadelphia, PA at the Crowne Plaza Hotel 1800 Market St., company President, Carl Herring Jr. plans to sell twenty copies of The Enforcers Part One featuring Maddox Turner before its July release date. Fans are encouraged to stop by Three J Productions booth early because when those twenty copies are sold out that's it until the official release date in July.
Posted by threejproductions at 2:09 PM No comments: