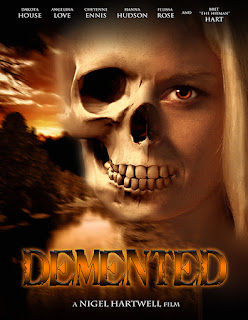 Doing a follow up to my last post.  I talked about Demented 2: The Beginning, a film that I have a small financial stake in and I'm credited as one of the film's producers.  The film is the creation of the very talented writer and director Nigel Hartwell who is currently working on Demented 1.  The film is in post production and Nigel has a new Kickstarter fundraiser going on to raise funds to put the finishing touches on the film.

Below is the link to his fundraiser for those who would like to contribute.  There are some really great rewards for your contributions and you'll have Nigel's undying appreciation for your support.

Please share the link with people in your network and thank you for the support.